In the shadow of the broken fair trade industry stands a Dutch entrepreneur who DOES make a change. Meet Jeroen Brugman; founder of Ikigai Coffee and the man who helps the coffee farmers by creating public awareness through coffee.

Anyone who has ever been in the presence of Jeroen Brugman will tell you the same: Jeroen is a man who will fill the room with his energy, his charisma and above all, his knowledge of the coffee industry. When I met Jeroen for the first time in 2017 during the Amsterdam Coffee Festival, I was immediately captured by his story telling capacities. In a short conversation he told me about his vision of a perfect future for the coffee industry and how he wanted to be apart of that future. Fast forward two years and Jeroen has founded Ikigai Coffee, a brand that sells coffee, and a lesson to be learned. I think it’s high time the world meets Jeroen Brugman.

Jeroen Brugman, 37 years old and a real family man, started his young career as a bartender specialized in cocktails. Participating in competitions, he managed to become the Dutch Flair Bartender Champion 05/06. After a period of attending shows, gigs and conferences, the crisis of ’08 set in.

In 2008 the crisis set in and the first thing that was dropped from events were the people like me: professional bartenders. It was at that time that I ended up in the coffee business. Friends of mine introduced me into the industry and I got to learn the basics. After a while Smit & Dorlas approached me to work for them. Due to the artistic freedom they gave me, I managed to set up the single origin department of Smit & Dorlas.

Jeroen tells me about how he worked together with his colleagues to set up the branding, packaging and story telling with the company that gave him so much freedom. Meanwhile he noticed how his passion for coffee as a product started to grow more and more. His network started to grow and his knowledge as well. By now Jeroen was aware of the full production line of coffee and the way it worked. Although the in-crowd of the industry knew about the wrongdoings, the awareness of the out-crowd was almost non-existent. It was at that moment that Jeroen knew he wanted to fix that.

Ikigai, roughly translated as “a reason for being”, is in essence the meeting point of what you love, what you’re good at and what enables you to express your morals and values. This way of living can be found in a couple of spots in the world: Sardinia in Italy; Loma Linda in California; the Nicoya Peninsula in Costa Rica; Icaria in Greece; and the Okinawa Islands in Japan. It is in these spots that the amount of centennials (people who live over 100 years) is the highest on average. So how does the Ikigai relate to Ikigai Coffee?

My social entrepreneurship starts with Ikigai Coffee; a coffee that is totally transparent in terms of production and costs. It is also a product that holds true to the way of Ikigai: fair to the farmers, high quality and fair to the consumers. This way we can ensure a long lasting existence of the coffee industry. Where supermarket coffee creates expectations with just a brand, Ikigai Coffee creates longevity by being totally transparent in the way it does business.
The effect of this way of doing business, social entrepreneurship, is that profits come slow. That’s why I see Ikigai Coffee as a long term brand; a brand that slowly grows but at the same time creates a strong ‘Moai’; a group of like-minded people. I believe Ikigai Coffee is the perfect way to create such a group. Through sharing information and talking about the product, my customers will slowly learn about what is wrong in the coffee industry and how set things straight. They are already helping the industry by buying coffee from Ikigai Coffee, but spreading their knowledge will help even more.

While all of this sounds great, it is kinda hard to imagine the whole picture behind Ikigai Coffee and Jeroen’s ideals. What is it that you want to tell the customers through Ikigai Coffee? I ask him.

For example, I want to tell you about farmers in Myanmar. These farmers used to get paid in opiates, not with money…with opiates. We changed this by buying their coffee for money; 5 to 6 times more than the Fair Trade Premium. Ikigai Coffee pays over 50% more to the farmers compared to the industry prices. This enables farmers to actually set up a business and learn how to trade. But their family and workers also profit from this way of doing business. Think about healthcare and education that are suddenly accessible to them if they want to. Did you know that the costs of producing coffee are higher than the selling price? Farmers are loosing money on selling coffee while big brands make huge profits. This is what I want my customers to know. You might pay a little more for Ikigai coffee but you’re actually helping farmers get better lives. They can do better in terms of trading and eventually they’ll get educated and start treating the environment in a better way as well.

In my perfect world, coffee would be priced by quality and farmers would be stimulated to improve the way of producing coffee. Direct trading would be a dominant factor in the industry; farmers would be able to sell directly to roasters instead of brokers and big trading companies. The consumers would have more access to information about their coffee. Not only where it’s from or what variety the coffee is, I would want them to be able to see information on the costs and prices as well. This would give the consumer the option to make better choices when it comes to buying coffee. The demand for high quality coffee would go up and in turn positively boost the market.
Alas, this is not the way yet. As I said before, the production costs are higher than the price that’s paid for coffee at the moment. The big brands are selling off their coffee as cheap as possible while still making a profit. This will result in farmers not being able to produce coffee anymore, and they will start producing other products. Eventually the coffee market will collapse for them if they continue like this.

It is good to know that people like Jeroen Brugman are fighting the battle. It’s also great to see him make small steps towards his ultimate goal by collaborating with two great restaurants: Okura’s Ciel Bleu and Restaurant Felix. Other restaurants that are on his list are Restaurant ‘t Amusement in Amsterdam, Cafe Restaurant Caspar and foodshop Stroom. On YouTube Jeroen has starred in a podcast that is super informative about coffee and in part about the industry as well.
And with this, the interview comes to an end. For me, people like Jeroen are the treasures of the coffee industry. Together with companies like Wakuli Coffee and This Side Up, they will change the coffee industry step by step. I guess it is up to us consumers to help them with that by reading, listening and buying the coffees that are right for the industry. Remember: if your coffee is cheap, someone is not getting paid.

The access_token provided is invalid. 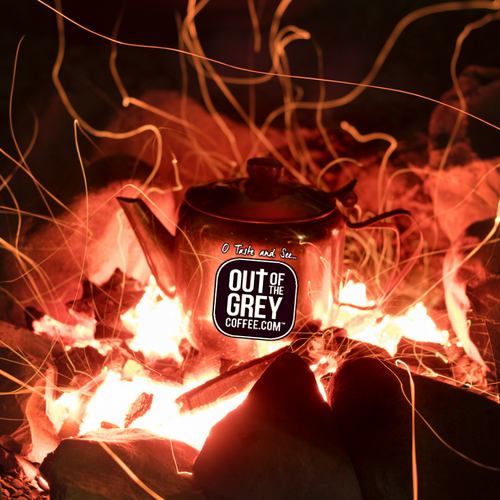 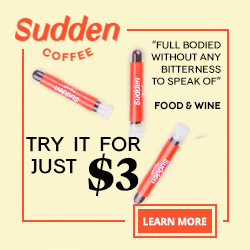 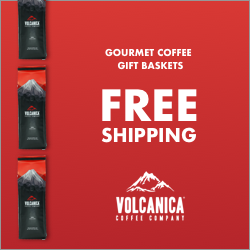